How to transfer photo albums from iPad to PC?

Home » How to transfer photo albums from iPad to PC?

If you are reading this, you probably spend a lot of time organizing iPad photos in albums. Don’t spend even more time trying to transfer those albums to PC. All you see when you access the iPad on your computer is a set of random photo folders that have nothing to do with the albums created on the device. So what’s next?

This is how to transfer iPad albums to PC with CopyTrans Photo:

Transfer all albums created on iPad to PC

All the iPad albums and their photo contents are now transferred to the PC folder of your choice. 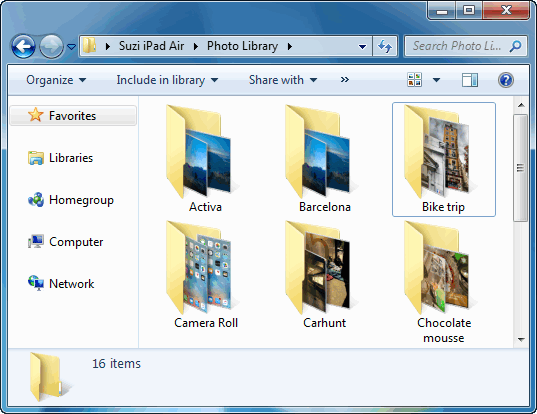 The photos from the iPad album are transferred to the PC folder with the same name. 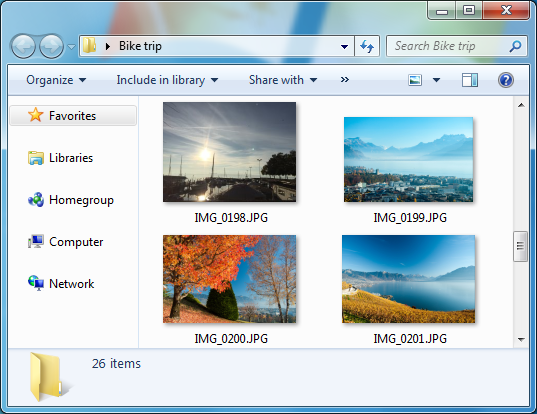 This is how to transfer albums created on iPad to PC.

Apple introduced a new default photo format in iOS 11. If you are using any of the recent iPhone models starting from iPhone 7, you will most likely have some of your photos transferred in HEIC format.

To view your HEIC pictures on Windows, use CopyTrans HEIC for Windows – a simple tool that allows you to open and view HEIC files using the native Windows Photo Viewer and Windows Explorer.

By using our website, you agree to the use of cookies to enhance site functionality and performance. Learn more