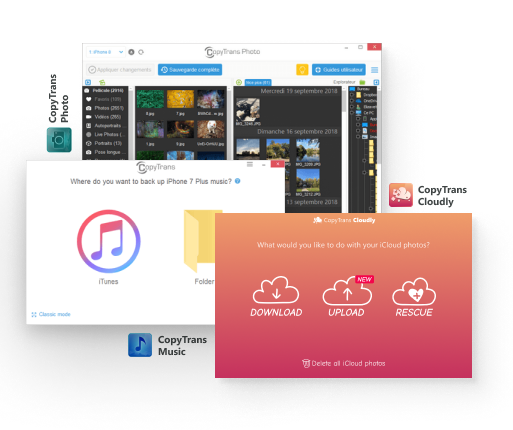 Our first product, CopyTrans, started in 2004 out of curiosity during a windsurf trip across Western Australia. Shortly after the release, it became one of the most popular ways to back up iPod music to iTunes.

We have been developing software for managing iPhone & iCloud on Windows for more than 15 years. Our apps are available in 5 languages: English, German, French, Japanese and Spanish.

18 years on the market

Since 2004, we’ve been developing software to bridge the divide between iPhone and Windows.

With CopyTrans apps, you can easily transfer photos, music, documents and backup data between iOS device and PC.

Over a million happy users

Our utmost priority is to keep CopyTrans users happy: we value each opinion and post all the customer feedback online.

CopyTrans® is a registered trademark of Ursa Minor Ltd. All other trademarks referenced on our website are the property of their respective owners. Ursa Minor Ltd. is not affiliated with Apple Inc.